Cirque Journey – The Man From Mars®

Cirque Journey: The Man from Mars®
Set amidst a backdrop of world-class cirque performance comes the story of a visitor from WAY out of town, a man with strange powers who finds the last thing he ever expected 36-million miles from home – love. Intertwining the beauty of acrobatics and aerial artistry with the mystery of magic, and hilarious and strange happenings, The Man from Mars brings you something that is truly out of this world!
Warning: Do you believe that it’s possible to actually die laughing? If so, Dizzy might be the most dangerous man alive. From the celebrated Apollo Theatre in London’s West End to the iconic Sydney Opera House, Darren “Dizzy” Partridge has been delighting audiences around the globe for more than a decade. An accomplished comedy magician and cirque variety performer, Dizzy is a regular headlining act on the luxury liners of both Celebrity and Norwegian cruise lines. He has also been featured as The Trickster in the largest touring magic show in the world, The Illusionists. Dizzy’s wild combination of magic, physical comedy, and theatrical thievery, delivered with mischievous British charm, leaves his audiences both spellbound and gasping for breath. With three different shows to choose from, your student body is guaranteed an experience they will not believe and will never forget.

Credits include: The Illusionists – Live from Broadway, the celebrated Apollo Theatre in London’s West End, Masters of Magic, the Dolby Theatre (Home of the Oscars), and the Sydney Opera House. 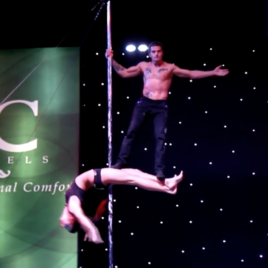 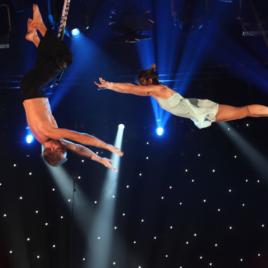 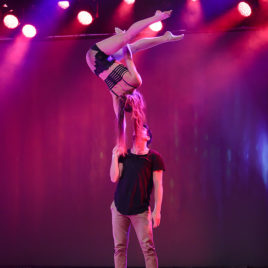